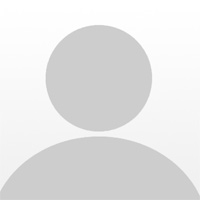 Dear Old Illinois will be reprinted in July - Aug. 2014 -- to get notification, contact pickaway-press@yahoo.com

Pickaway Press is compiling an email list, for those who would like to be notified of the publishing date, at pickaway-press@yahoo.com

The book and accompanying 3 CD set of field recordings will be available at www.cdbaby.com  in the next month or two.

From 1970 into the mid 1980’s, Garry Harrison and his brothers and friends made field recordings of tunes during visits with senior-aged musicians in central and southern Illinois.  A National Endowment for the Arts grant, written by Dean Vaughn Jaenike of the College of Fine Arts at Eastern Illinois University, made it possible to preserve these tunes which are now housed in the Library of Congress and at the Tarble Arts Center at Eastern.

According to the Old-Time Herald, in an Oct., 2012 article dedicated to Garry Harrison’s memory, “Harrison was widely known as a leading authority on the music of his native region.”  First  published in 2007,  Dear Old Illinois includes 750 pieces from what are considered the two most significant collections of traditional music of downstate Illinois:  songs from the David S. McIntosh collection, and tunes from the Garry Harrison collection.

“This is really a superb collection of field recordings. What a treasure trove of beautiful and interesting tunes. I have something of a mania for field recordings and have a pretty large collection, but there is nothing quite like these Illinois pieces. It compares favorably with the rich traditions of Eastern Kentucky and Central West Virginia, but with nuances and melodic figures all its own. This is the best and most important work to appear in a long time. Everyone who loves fiddle music must own these CDs and book." -- David Allen, traditional banjo/fiddle player, Pig Ankle String Band, Dallas,TX

'The phrygian or klezmer scale' 1 day