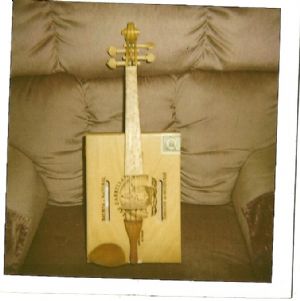 We had a very similar instrument in England called a 'Kit'. It was used by dancing masters and travelling fiddlers because the body was a small oblong and could be put in the pocket.
A lot of care went into making them, much the same as you have done.

That is a great vid!

Thats amazing man! I'll have to listen to this, ive never heard of a cigar box fiddle!

'Still working on moving back down south' 3 days