Researched and compiled by the Kartchner Brothers in part from obituary in the Arizona Republic, May 29, 1970, page 84:


Kartchner...gained regional and national praise for his fiddle playing. The importance of music to the family was evident - his father and several of his siblings also played instruments.
A book has been written about him - "Frontier Fiddler: The Life of a Northern Arizona Pioneer" by Larry V. Shumway, (Editor), published in 1990. Shumway is one of Kenner's grandchildren.
Worked at one time in New Mexico as Supervisor of the Manzano Forest.
K. C. Kartchner, received Meritorious Service Award.

Rites have been set for Kenner C. Kartchner, 83, a Snowflake native who was recognized as one of the outstanding wildlife management men in the Southwest. Mr. Kartchner, of 1710 E. Rovey, died Tuesday in Good Samaritan Hospital.

When he retired in 1957, after 30 years of government service,- he was given the Meritorious Service Award of the U.S. Department of Interior. He retired as assistant director of Region 2 of the U.S. Fish and Wildlife Service which included Arizona and seven other western states.
He was head of the Arizona Warner A. Thompson Game Department from September 1939 to October 1943. Then until 1946 he was federal aid supervisor for Region 2 when he was appointed assistant director of the region.

From 1913 until 1930, Mr. Kartchner was with the U.S. Forest Service, starting as assistant ranger in the Sitgreaves Forest. He was forest supervisor in Manzano National Forest, N.M., and in Apache National Forest, Arizona. He lived in Phoenix since 1957 and shortly after retiring was asked to take charge of revising the state's game and fish code.

The meritorious service citation from Washington reads in part:

"Mr. Kartchner's background of game management and range and timber operations, and his experience in the state game administration of Arizona's Game and Fish Commission were valuable in developing an outstanding federal aid in wildlife restoration programs in eight states ... His notable career in government makes Mr. Kartchner worthy of recognition ..."
Mr. Kartchner was known as one of the last old time fiddlers and at age 81 placed fifth in a national fiddlers contest.

Survivors include his wife, Hilda; three sons, Stanley of Albuquerque, Kenner Jr. of Provo, Utah, and Gene of Salt Lake City; two daughters, Mrs. Merle Shumway and Mrs. Afton Shreeve of Provo; a brother, Lafayette of Mesa; three sisters, Mrs. Jennie Morris, Mrs. Phalia Butler and Mrs. Leone Decker, all of Snowflake; 24 grandchildren and 17 great - grandchildren. Services will be at 11 a.m. tomorrow in the Snowflake Ward Chapel of the Church of Jesus Christ of Latter-day Saints. Friends may call from 4 to 8 p.m. today in Meldrum Mortuary, 52 N. Macdonald, Mesa.
Burial will be in the Snowflake Cemetery.

Jeanie, along with Nick Weiland and Mark Barsamian, play in the band Jeanie and the Dreamers.

Check them out at: https://www.facebook.com/jeanieandthe... 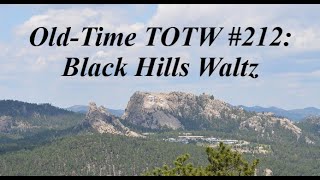 'Video Surgeonn : Jumpstart Your Fiddle Playing. Use What the Pro's Use!' 2 days