I want to buy my daughter a violin, Philipp Keller.
Can I ask for help in determining the originality, age and valuation?
Philipp Keller for various labels: / 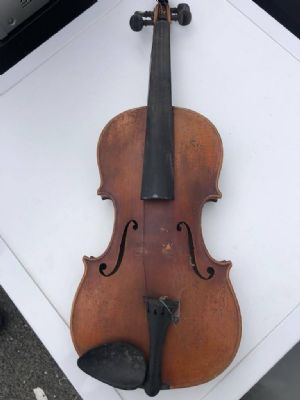 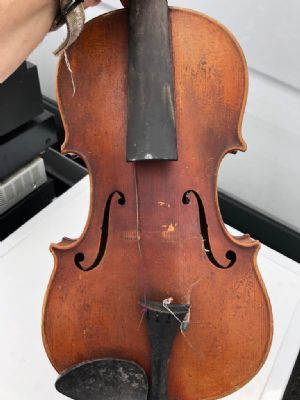 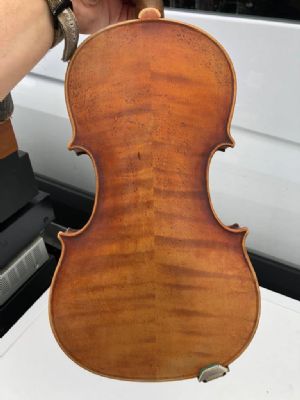 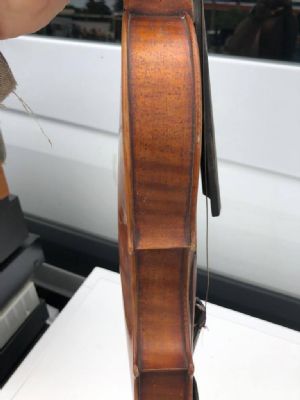 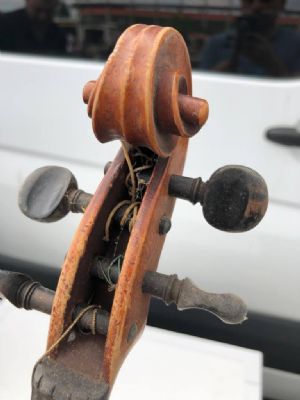 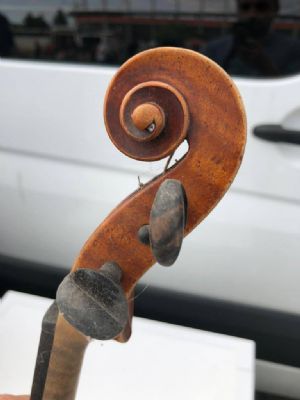 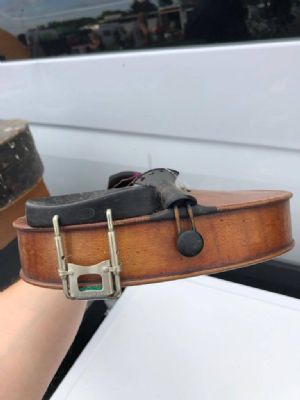 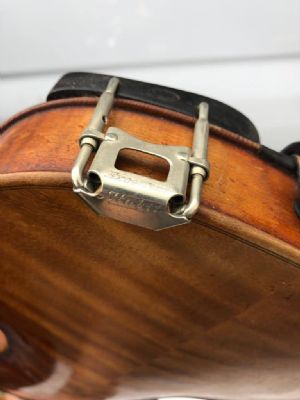 Looks more like a Markie to me, late 19th, early 20th. Camera resolution's not great, and I can't see into the throat of the scroll, or the bottom rib clearly, but I'd bet Marneukirchen. Wuerzburg is on the Main river, nearer to Frankfort, not close to any areas if violin making, so the name on the label is most likely a dealer. "Gegrundet" just means "founded". I'd buy it to resell if the price were right, bearing in mind that it'll need strings, tailpiece, tailgut, bridge, sound post, maybe seams glued, fingerboard planed & sanded, projection checked, probably new pegs fitted and a general clean/ polish. That's what I do to get a fiddle ready to sell.

I will write you what I know and what I have agreed in the meantime.

1832 is the date of establishing the company by Meindl.
Keller, studied and worked for Meindl, then. In 1896 he took over the workshop of Friedrich Meindl, and in 1902 he purchased the property of his colleague, master Karl Adam HÃ¶rlein. Keller worked as a violin maker in WÃ¼rzburg until 1926 (his violin is here

Keller created Stradivari replicas and his own models, designed according to Max Grossman's specifications. Keller instruments are rather flat, give a large, full tone, and are painted golden yellow or red gold.
In the meantime, he started to be a trader, and like many others, he sold (for now I will write Verleger, Dutzen) and stuck his labels.
In 1908, he became a supplier of instruments to the Saxon court (he sold mostly not his violin, but different ones). And at that time, he began to put a different label on the instruments sold, with the coat of arms of the principality.
So we already have two tips.
My label refers to Meindl, which means that it is closer to the time when this workshop was taken over, and not after 1906, when he became a supplier to the Saxon court :). So the violin is from the period between 1896 (when he took over the workshop, and 1908, when he became a supplier to the Saxon court).

Right after posting here, I signed up for Maestronet ... and who was my first interlocutor? ... Jakob :)/(O...
The effect was
"...a commercial violin, not made by Keller ...late 19th century, Mittenwald".

For my other questions, he referred me to old posts on Maestronet. (dot) 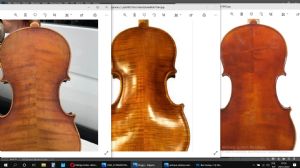 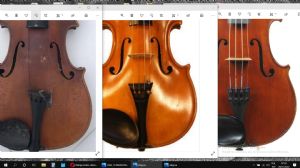 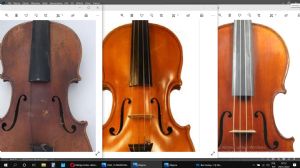 It looks for all the world like a Robert Dolling from the 20s to me, which wouldn't be a disappointment. I currently have two in stock, and the choice of wood, workmanship and varnish are typical.Â  Nice violins. IMHO, the center and right violins are by different hands. I haven't researched Keller at all, but it wouldn't be beyond reason for a Markneukirchen trained maker to settle in Wuerzburg, but more likely for a dealer to do so.

Not at all helpful I know, but I can't resist - here's a little song from the approximate time period of this fiddle. I think also from the first tear of the "gold molded" cylinder, which allowed for mass production through pressing.
youtu.be/jvpvHfiW3bo

Do you have that violin in hand now? What's the asking price, if I may ask?

Do you have that violin in hand now? What's the asking price, if I may ask?

Hi, it's like this ...
The violin is still in Germany. 'My' supplier :) mediates in negotiations. He is a miner from Silesia ...
He travels to Germany and specializes only in musical instruments, but also those from, for example, the 50s.
My price proposition is around 320 Euro ... (you know there's inflation).
The German wonders, he wants a little more.

Isn't that the truth

'Over the Waterfall' 10 hrs

'The Clouds are gonna roll away' 1 day

'Playing by yourself' 1 day