Appalachian artist Thomas Hart Benton (1889-1975) drew Vance playing the fiddle and mentioned him in his autobiography, An Artist in America (1937). This is the portrait I include at the end of the video.

I had some correspondence with William Hurd, a descendant of Dudley Vance. He is currently researching the life of Vance and sent me some great biographical information. Since I could not tell "Dud's" story any better, I will quote Mr. Hurd:

"In Bristol, Tennessee, in July and August of 1927, Ralph Peer of the Victor Talking Machine Company recorded 19 musical acts including Jimmie Rodgers and The Carter Family. The "Bristol Sessions" have been called the "Big Bang" of country music.

The bang practically happened in Dudley Vance’s back door—his farm in Chinquapin Grove was just a few miles south. And “Fiddlin’ Dud” Vance was already known far and wide as one of the best—over time he’d won fiddling championships in Tennessee, Oklahoma, and Florida. But Dudley Vance recorded no songs for Peer. There is no record of his having auditioned.

Nevertheless six weeks later 'Vance’s Tennessee Breakdowners' (Dud, his son Sam on guitar, and a banjo player believed to be Will McNamara) would make a not inconsiderable trip to Winston-Salem, North Carolina, where Dud and Sam would record six sides for Okeh Records, four of them with the banjoist. Okeh chose to release only two of the sides (Okeh 45151), 'Tennessee Breakdown' and “Ragged Ann.'

In the few words of the above paragraph are described the entire recording career of Dudley Vance—he would never make another record. Thomas Hart Benton quoted Dudley as saying the records 'never wuz right.' Yet it is neither of the two released sides that survived nearly a hundred years to turn up on late night television. In 1972, ten years after Dudley Vance died and 45 years after its recording, one of the unreleased songs which Dud had called 'Washington County Fox Chase', would find its way to pressing under the title 'Tennessee Mountain Fox Chase'—and become a latter-day fiddler’s convention favorite.

Norman Blake contributed a modern re-recording in 1985 and as of June 2020 the song has been covered on at least 17 more recordings. In addition, the song can be found on at least 60 YouTube videos recorded across the United States, and from Canada, the U.K, France, and Denmark. (The coronavirus pandemic has brought about two distanced versions, one by a band styled as The Quarantiners and another by Brad Leftwich and the Humdingers, recorded simultaneously from five cities in two countries.) Although the origin of the tune is given as 'Traditional'—no one knows its actual genesis--but it appears nowhere else in recordings of old-time fiddlers and is associated with no other fiddler than Dudley Vance.

Dudley Vance was already a champion contest fiddler when he entered the Mountain City Fiddlers Convention in May 1925, but his competition there was a roster of future legends, several of whom had already trekked to New York City to make recordings, including Fiddlin' John Carson and Charlie Bowman." [Vance took first prize in the contest, beating Charlie Bowman and Uncle Am Stuart, who came in second and third, respectively.]

Old-Time TOTW is able to continue through your support. If you'd like to be a part of this journey, join my Patreon at: www.patreon.com/paulkirk . I offer many great perks in the form of video lessons, tips, and an Old-Time TOTW monthly newsletter. 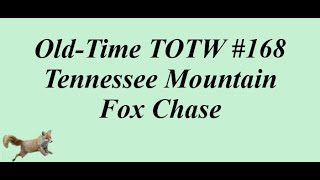 Thought you might be interested in this recording of Red Vance playing this tune and a waltz at the Old Tine Country Radio Reunion (organized by Richard Blaustein) in Jonesborough, TN in the eafly 1980's. I'm playing banjo with Ed Snodderly on guitar. Wish the mix were better.
Also a photo of us playing. 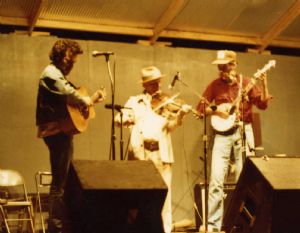 I guess I neglected to mention that Red was the son of Dudley Vance who originally recorded this tune.

Thanks for sharing the recordings, Doug!