The most information I was able to find about Mr. Smith was written by Ron Williams (Red Bank, TN) and is found in the liner notes to "The Pine Breeze Recordings." I will quote that information here.

"Blaine Smith was a large, rawboned, powerful man. He didnât say much, nor gave the impression that he wanted to say much to strangers. I didnât ask too many questions...I stuck to talking with Blaine about fiddle tunes. It turned out that Blaine had some pretty strong opinions about how those should be played, too. I then decided to keep things simple with questions such as, âWhat key?â...Blaine was thought to be a small man since his fiddle seemed so immense in the picture of him. Blaine didnât play a fiddle; Blaine played a viola. It was tuned nearly to standard violin pitch and the strings were a good half inch off the fingerboard. It took a powerful grip to press the strings solid to the fingerboard to get a clean sound. Blaine played the instrument effortlessly. Blaine (as far as I know) never played out a lot in the community."

The Pine Breeze Recordings were done between 1975 and 1981 by students of Pine Breeze Center in Chattanooga, TN. Eight LPs of field recordings of local traditional musicians were released. The students of Pine Breeze center were severely emotionally disturbed adolescents. The first Pine Breeze LP was funded by a $600 grant from the Tennessee Arts Commission. The seven that followed were paid for from the sales of the previously-released LPs. All the tracks were recorded by 13 to 18 year old students. Some of their other duties included mixing and editing, helping to design album covers, and keeping track of orders. 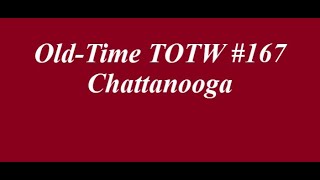 'Becoming a musician - looking back over 15 years' 1 day