What Bow Are You Using?

Humbled by this instrument

Nowadays I'm mainly grabbing a Fiddleman bow. I do have a Coda Aspire which I've used for a long time, but the Fiddleman seems to give me more of a "woodsy, gritty" tone as it crosses o'er my Helicores.

So what about you? An English long bow? Mayhap a Mongolian compound bow? Genevan Compound? I'm curious.

I mostly use an Arco Brasil pernambucco bow, also have a Codabow, an NX, I think. And then..... I have a Bausch bow, a Tourte bow( of course they're real, lol). and a Made in Germany, that is currently held together with a little piece of credit card and super glue, and has black hair. Surprisinly enough it sounds and plays great, but is also somewhat akin to drinking a fine wine from a sippy cup, lol.

Mine's a John Brazil that I saved up my money and bought 10 years ago when I needed something better than the $20 fiberglass bow from 1985.

Seifert pernamcubo -- 61 g -- I really like this bow! My other is an unsigned pernambuco - 57 g. I like this one, too, when I am wanting more expressiveness.

A who-knows-what Chinese(?) bow for my Early 20th Century(?) Markneukirchen trade fiddle. I have no idea how/where I acquired it or for how much money.

A sweet-tempered Klaus Ubel German bow for my mid-level 2016 German fiddle. The hyper-critical among us would wag their fingers at the amount of distance between the hair and the shaft when the thing is at tension but I got it at a fine shop and it works well.

A Brazilian-made Chagas bow for my genuinely good 2002 German fiddle. I assume it's Pernambuco but I was never specifically told this. It's also my only bow with a rounded shaft. The shafts of the others are hexagonal. Works like gangbusters. Feels great in the hand. It imparts a rich, midrangey tone. Plenty of volume. Got it at one of those shops where they cart out a zillion bows at the price point you want to pay and then allow you to saw away undisturbed.

I read that the "Dodd" bows (£10,000+) etc where made from Barrel staves, and that they hadn't even worked out what a standard length should be until someone like Paganini told em..... I just work with what I've got...But i like wood bows, rather than plastic.

if I remember, mine had a sticker that said 61 grams,,,

No idea. It came with the fiddle my brother sent to me before he moved to the UK.

Glasser carbon graphite, new in 2001, still has nearly all of its original hair. I've played very few that I liked better. Probably will outlast me.

No idea. It came with the fiddle my brother sent to me before he moved to the UK.

I"m with you Brad.. I have several bows and don't get involved with the details..

Paganini apparently used a bow that was 2 inches longer than what was being used at the time. This allowed for his "impossible" phrasings on one bow.

He also had a special frog that had a tiny hook on it near the hair that faced the tip. The hook was sharpened on the inside curve to a sharp edge. When he finished his piece with a tremenous up-bow flourish, he would catch the string with the hook. The string would break adding even more drama to his performance. This added to the mystique, as well curtailing any additional encores.

Paganini-lore is abundant. Many are eyewitness accounts of his flamboyant performances which perpetuated the rumor that he had made a pact with the devil.

Somewhat related - in order to prevent copycats, he would cross-tune or retune thus making a piece written in a difficult key, very easy for him and almost impossible for even the most accomplished of violinists. Again, furthering the mystique that he had made an ungodly pact.

Have to say I'm a Fiddlerman player too. They're inexpensive, and I prefer it's heft to another carbon fiber bow I have (Premier, I think). That said, I don't have any experience playing expensive bows of any kind.

A no name graphite bow. Also an entry level wood bow for waltzes.

A Hoyt Podium X elite, with an Apex site, and Freekshow rest.

Fiddle bow is a Mueller pernambuco. Harder than the hubs of hell.

Codabow Diamond SX. I tried it out with the Luma and a couple of others from Shar, and it was a very close call. I actually picked the Luma at the time but exchanged it for the SX after owning it for a few weeks. The Luma is very light agile which I realized didn't fit my style at the time... but I do kind of want to try it again, since my bowing has changed since then.

Do banjo pickers have this problem?

I usually use a Codabow NX, but I also have a Chinese baroque bow that I go to when Iâm trying to get a tricky maneuver down. The cheapo wood bow that came with my first fiddle actually sounds the best out of all my bows but it doesnât handle very well.

Coda Luma and an Incredibow. It seems the lighter it is, the better I like it. I would love to have for an Arcus S6, but I am not sure that it would be $2.2K better than an Incredibow.....especially in my hands!

Well at tight places where I might damage the Albert Nurnberger 61 gr. pernambuco I like to play I use a Coda Bow Diamont NX. I also have a Mueller which is a bit heavier 64 gr. but use less often.

One bow was a gift from a friend who has since passed on. Feels just right as far as weight. The other is a carbon fiber bow, I forget the brand, but I like that one too.

Also, there's a nice recurve in my garage, that hasn't seen use in decades.

Coda Luma and NX. I also have an Aspire but only use it on my electric, as it is too light for my acoustic.

On this particular morning last November, it was this one... 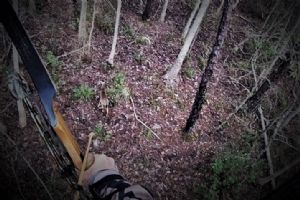 'Fiddle Lesson - What do you think of learning aids like the WonderThumb, Bow Buddy and Bow Right?' 1 day